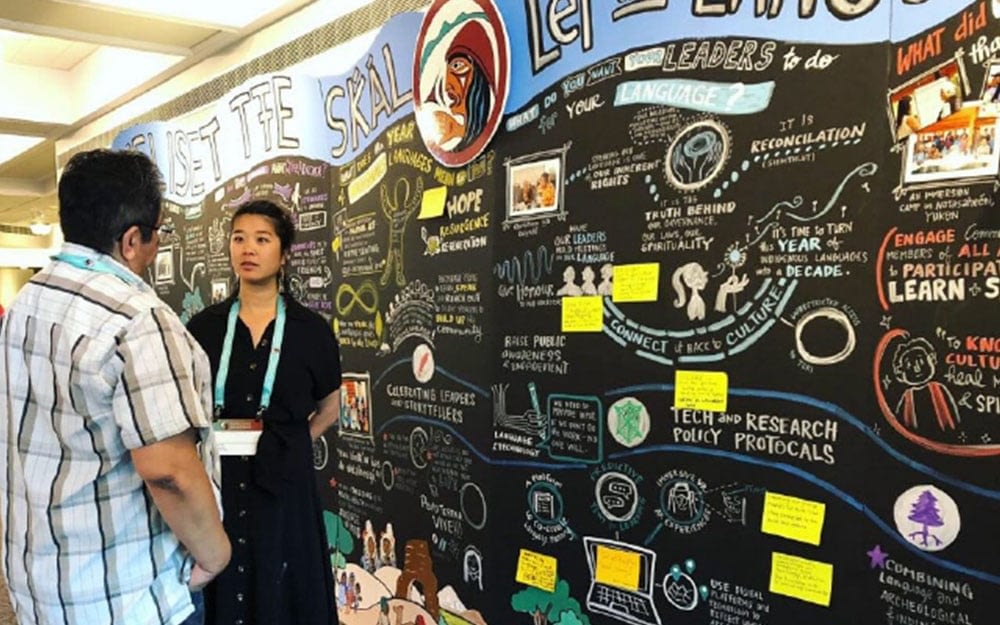 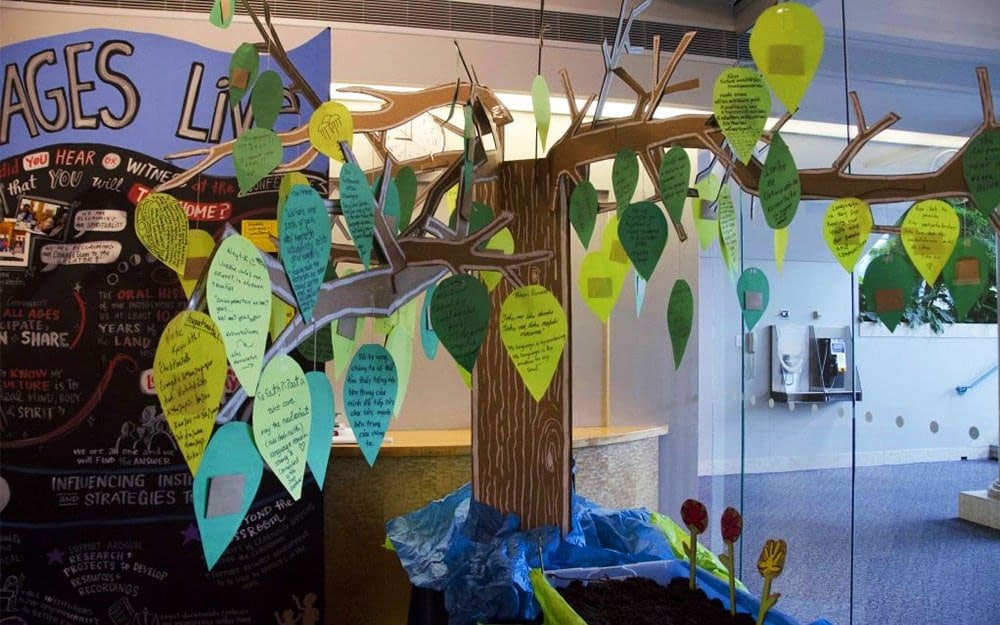 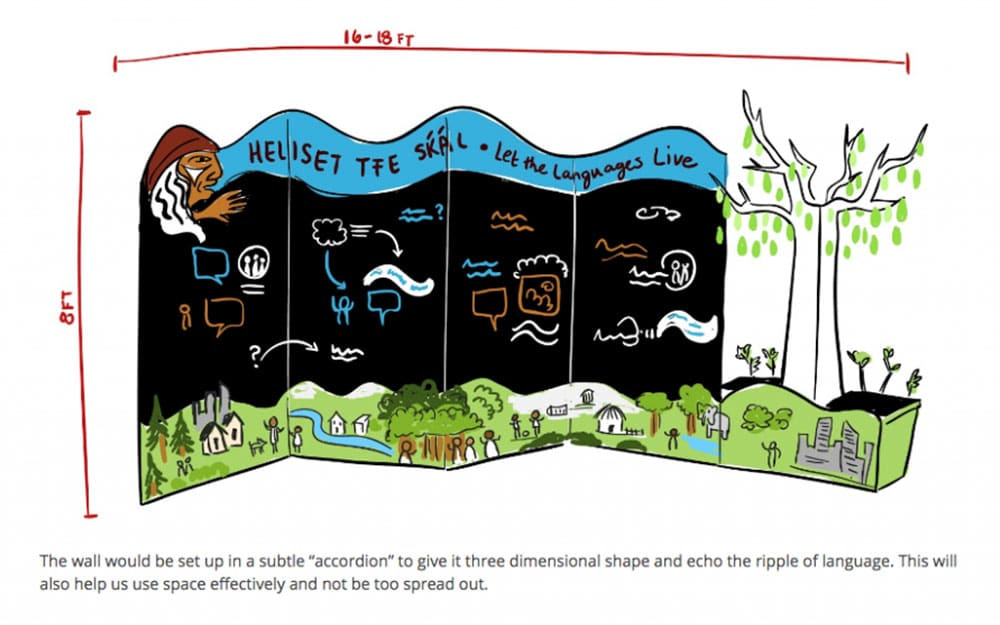 Awarded Best Event in Canada 2019, the Indigenous Language Conference brought together 1200+ Indigenous language speakers and knowledge keepers from around the globe to duscuss and share the future of Indigenous Language. Over two days we designed and constructed an 8ft x 25ft Knowledge Wall that captured themes from multiple plenaries and break outs. People were invited to stop by the wall and share their insights on the future of endangered Indigenous languages, and these were also added to the wall.

People were invited to write their wishes or prayers in their Indigenous language on leaves that were hung in a large Language Tree, symbolizing the interconnected growth of languages around the world. Part of the activity included planting a native flower seed in soil, which was transferred to a native plant garden after the conference.

We also graphic recorded key notes by high profile leaders from around the globe, and displayed the graphics in a large gallery walk.